Hot off the presses! 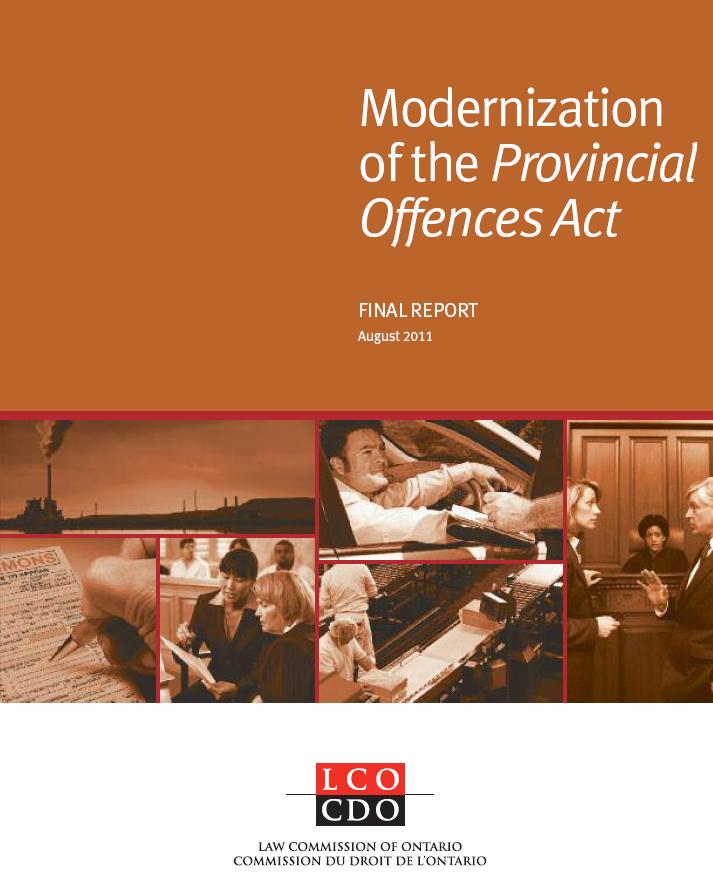 The LCO’s final report on the Modernization of the Provincial Offences Act was released November 10. Murray Segal, Deputy Attorney General and member of the LCO Board of Governors, received it on behalf of the government. “This is our most significant report to date,” explained LCO Executive Director Patricia Hughes. “The response from those who know and work in the area, particularly from the municipalities and the courts, suggests that this review was needed and that the recommendations will be seriously considered.”

The report makes 47 recommendations, including the inclusion of principles to govern future amendments to the statute and its rules; removal from the POA of parking offences to be replaced by a system of administrative monetary penalties; and the introduction of sentencing principles. The LCO also recommends that the Ministry of the Attorney General consider more comprehensive provisions for youth charged with regulatory offences and ta review of the application of the POA among First Nations communities.

Feedback from the November 2 stakeholder event at Hart House in Toronto will help to shape the LCO’s interim report on a new legal framework for laws affecting older adults. The interim report and a series of final recommendations are due for release in the new year.

Two years of research and consultations will culminate in 2012 in an interim report exploring how a person’s first forays into Ontario’s family law system might be improved. The LCO will receive input from stakeholders and members of the public before producing a final report later next year.

Watch in early 2012 for an interim report on the LCO’s Vulnerable Workers and Precarious Work Project.

View all stories from Liaison Fall 2011