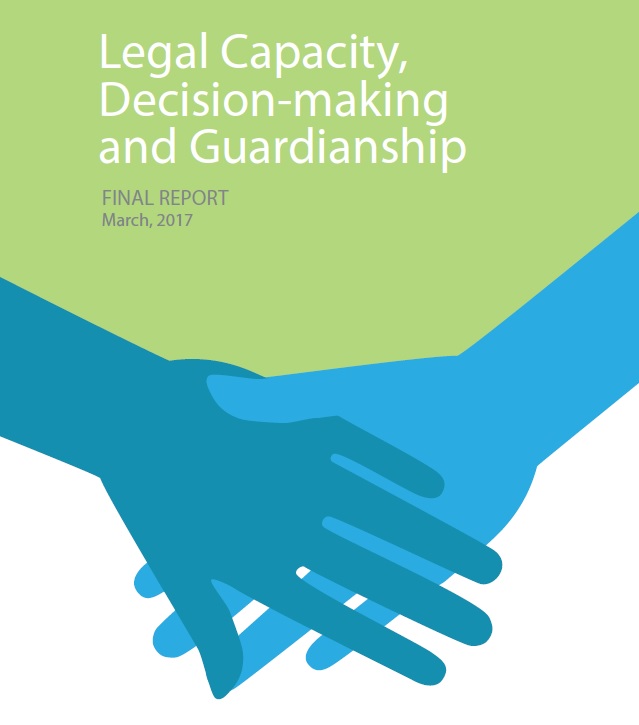 The Law Commission of Ontario’s (LCO) Final Report on Legal Capacity, Decision-making and Guardianship recommends a comprehensive plan to reform Ontario’s laws and policies regarding powers of attorney, guardianship and health care consent.

Ontario’s laws for legal capacity, decision-making and guardianship govern how decisions related to property, treatment and personal care are made in situations where individuals’ decision-making abilities are in some way impaired, but decisions must nonetheless be made.

These laws have a profound impact on the wellbeing of the individuals addressing both the protection of the autonomy of affected individuals and the risks of abuse and exploitation of individuals who may be vulnerable.

This project responds to public concerns regarding:

The Final Report’s 58 recommendations include proposals in six broad areas:

The Final Report was developed through LCO’s independent, comprehensive, evidence-based and transparent law reform process. The LCO heard from more than 800 individuals and institutions over the course of this project.

Interim Report and Summary of Issues and Proposed Recommendations – October 2015

Discussion Paper and Summary of Issues for Consultation – May 2014