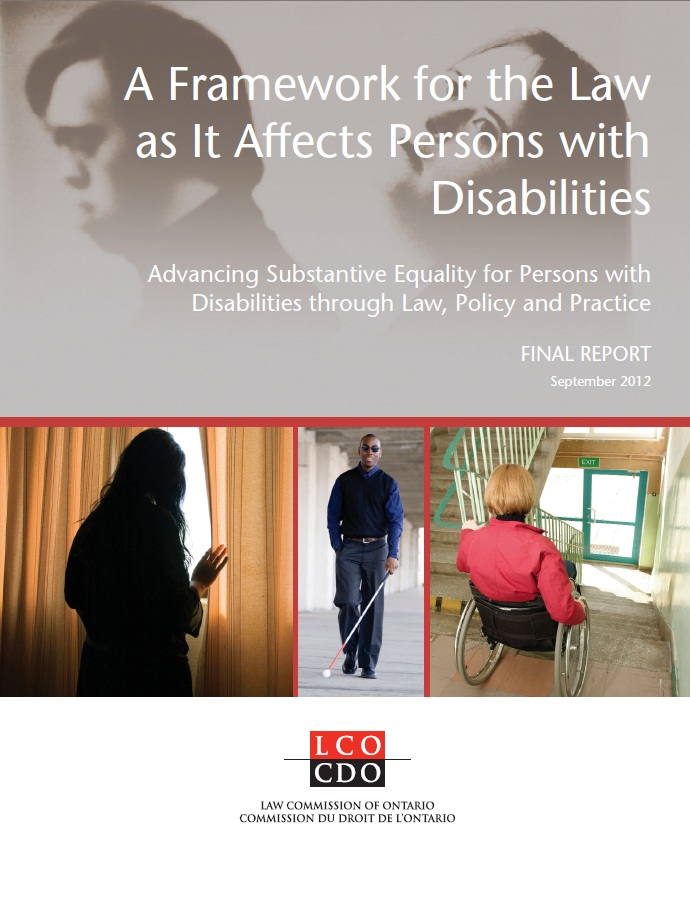 A Framework for the Law as It Affects Persons with Disabilities

The LCO’s Framework for the Law as it Affects Persons with Disabilities can be of assistance to anyone who develops, interprets, implements or assesses laws, policies or practices that may affect persons with disabilities.

The LCO hopes that ultimately the Framework will benefit persons with disabilities by making law, policy and practice more effective, just and accessible.

The Framework is based on a set of principles. These were derived from the LCO’s public consultations and research, as well as building on the foundations created by the caselaw arising out of the Charter and human rights laws, the United Nations Convention on the Rights of Persons with Disabilities, and government policy frameworks like In Unison.

The Framework was developed through an extensive process of research and consultation. The LCO:

The Frameworks resulting from this project and the project on the law as it affects older adults will provide the foundation for a new project on legal capacity, decision-making and guardianship, commencing in the summer of 2012.