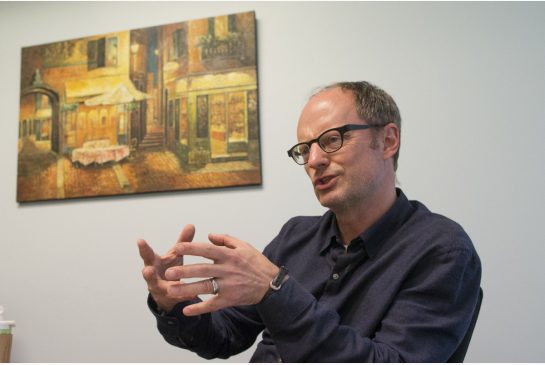 A legal professional with a long history of experience in policy development, access to justice and legal reform has been named the next executive director of the Law Commission of Ontario.

Aneurin (Nye) Thomas joins the LCO from Legal Aid Ontario (LAO), where he was director general of policy and strategic research. Most recently, Thomas was responsible for leading LAO’s project to significantly expand financial eligibility and legal aid services in Ontario. He was accountable for the organization’s dedicated strategies to improve access to justice for Aboriginal peoples, persons with mental illness and addictions, and victims of domestic violence, and he oversaw policy and research for the Ipperwash Inquiry. Thomas was selected by the LCO Board after an intensive, six-month-long search.

“Nye really understands the LCO’s deep commitment to high quality research and evidence-based policy-making,” says Board Chair Bruce Elman, who served as a member of the search committee led by Osgoode Dean and LCO Board member Lorne Sossin. “It’s what he practiced at Legal Aid and what he sees as the prime imperative of the Law Commission going forward.”

Among the many factors that attracted Thomas to the job are the LCO’s ability to engage a diversity of stakeholders and provide sophisticated, independent analysis on contemporary issues. “I hope to continue the LCO’s tradition of independence, constructive engagement, and rigorous legal and public policy analysis,” he says.

View all stories from Liaison Fall 2015