LCO at the United Nations 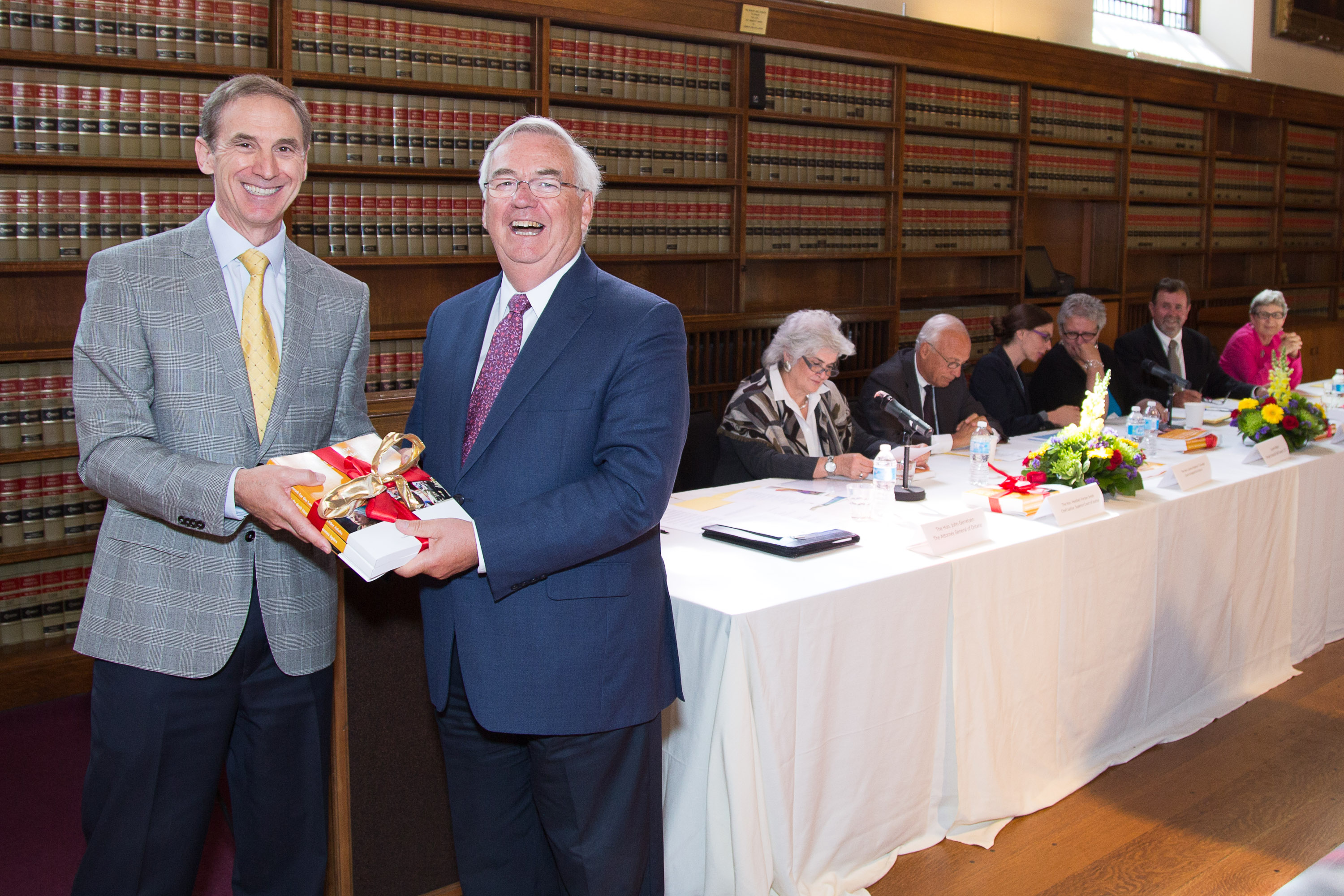 The Honourable Attorney General John Gerretsen receives the Report from Chair of the LCO Board of Governors, Larry Banack

The LCO was an invited guest of the International Federation on Ageing (IFA) at a United Nations working group exploring the protection of the human rights of older persons. In August, staff lawyer Lauren Bates joined representatives of civil society and member states from around the world and shared details from the LCO’s newly released legal framework for evaluating laws, policies and practices affecting older adults.

“The LCO’s work has a valuable role to play at the international level in helping civil society and UN representatives understand how they might evaluate the effectiveness of existing legislation and policy initiatives,” says Bates of the UN Open-Ended Working Group (OEWG) meeting in New York. “The questions they might ask were all questions we asked during our research.”

Released July 11 to the Honourable John Gerretsen, attorney general of Ontario, the LCO report represents four years of intensive research and consultation with older adults and the organizations and providers who support them. Guided by an advisory panel of experts, the project included several commissioned research papers and a conference on elder law.

“The work conducted by the LCO is ground breaking,” says Jane Barratt, IFA secretary general and LCO project advisory group member. ”Until now there has been a paucity of robust thoughtful discussions and an absence internationally as to how best to examine the effect and effectiveness of laws as they relate to older people.”

Barratt expects the LCO report will prove of tremendous practical international benefit, alongside and beyond the dialogue within the OEWG.

“The LCO has been courageous in its intent and committed to protecting the fragility of vulnerable older people,” she says. “Their work has the potential to make a decisive difference in the lives of older people not only in Ontario, but nationally and internationally.”

View all stories from Liaison Fall 2012