LCO conference on journalism law and ethics the first step 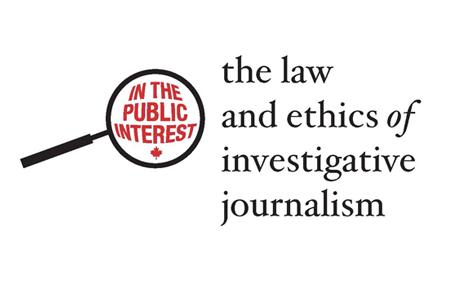 More than 15 years spent representing writers, producers, newspapers, magazines, book publishers, broadcasters and electronic media and Brian Rogers is still touched by the stories of Canadian journalists trying to do their jobs in the face of a legal system that doesn’t always protect them.

“The reality is that a promise to a source could mean jail,” says the constitutional law specialist and adjunct professor of media law at Ryerson University.“

Rogers speaks both from experience and as a participant in an October 14 conference on the role of free press in a democracy, co-hosted by the LCO and Osgoode Hall Law School. The day-long conference engaged investigative journalists, media lawyers, academics and students from Canada, the United States and United Kingston in topics such as defamation, access to information, media accountability and journalist-source privilege. Each session was led by notable speakers and moderators in the field, including Rogers, CBC Radio’s Anna Maria Tremonti, Toronto Star reporter Robert Cribb and Daniel Henry, senior legal counsel for the CBC.

“We started to grapple with some pretty tough issues,” says Jamie Cameron, conference organizer and an Osgoode professor who devoted the last six months to a LCO-supported research project on news gathering and freedom of the press. Drawing on two recent Supreme Court decisions, Cameron continues to analyze the importance of journalist-source privilege and how that relationship is protected under section 2(b) of the Charter. The conference reconfirmed her commitment to carrying her studies forward.

“The question of definition — what is a journalist? — is on everyone’s mind and at the heart of laws around defamation, who can claim a privilege and the consequences for accessing information.”

Rogers points to journalist shield laws in the United States and a recent report written under the direction of retired CBC journalist, Université de Laval professor and conference panelist Dominque Payette. Payette’s controversial report calls for a proposed law creating a status of ‘professional journalist’ that includes certain privileges such as front-of-the-line service for access to information requests.

Drawing on this information and with the help of a series of workshops tentatively planned for 2012, Cameron plans to explore the matter of definition and to create an outline for a journalist shield law in Canada. Ultimately, she hopes to make recommendations for legislative reform that protect the journalist-source relationship.

“I’m strongly committed to the rights of journalists and their sources,” she says. “My tenure with the LCO and this conference were just the first steps. I want to see this have concrete ramifications in the courts.”

View all stories from Liaison