MESSAGE FROM THE EXECUTIVE DIRECTOR

As I write this, we’re promised a lovely sunny Thanksgiving weekend. And “sunny” describes the LCO’s future. We have commitments from all our funders for continued funding for another five years. We’re grateful for their recognition and, of course, their support. The Law Foundation, the Ministry of the Attorney General, Osgoode Hall Law School and the Law Society have been magnificent partners and we’re keen to further develop our relationships with them and the law schools.

The LCO had its first international exposure in September when I participated in a law reform conference in Hong Kong. What a great chance to learn from others and offer our experiences for consideration. I’m thrilled to note, too, that our draft Framework for the Law as it affects Older Adults is being introduced by members of the Project Advisory Group in various settings, domestic and international.

What’s in store for the future? One tidbit now: the Board of Governors recently approved our first project for our second mandate — the law on capacity and guardianship. This project arises out of our framework projects relating to older adults and persons with disabilities, allowing us to build on the expertise developed there and to extend the relationships we have developed in those projects.

All of us at the LCO are excited about the future – and we’d like to involve you!

From conference to legislative reform

An October 14 conference on the role of free press in a democracy, co-hosted by the LCO and Osgoode Hall Law School, has got journalists and lawyers talking… all the way to two more workshops and possible recommendations for legislative reform.. (more)

Thumbs up for older adult framework

The LCO’s proposed new legal framework for laws affecting older adults got the thumbs up from 30 representatives of government, academia, advocacy organizations and service providers attending a stakeholder event November 2 in Toronto. (more)

The Law Foundation of Ontario, Ministry of the Attorney General and Osgoode Hall Law School (with a formal funding decision still pending from the Law Society of Upper Canada) have pledged to support the LCO for a second five-year term beginning January 2012. (more)

Law reform is proving an eye-opening experience for students from high school to law school as the LCO participates in two programs intended to engage future leaders in the law. (more)

Hot off the presses!

A handful of LCO projects are due to deliver interim and final reports in the coming months. (more)

Welcome home to the new Osgoode Hall Law School and a new permanent home for the LCO at 2032 Ignat Kaneff Building, York University. Phone, fax and email remain the same. 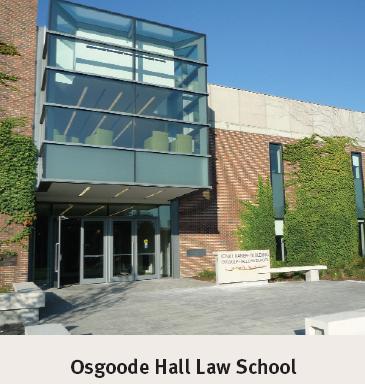