On July 11th, 2012 the Attorney General of Ontario, The Honourable John Gerretsen, received the Law Commission of Ontario’s Final Report in its older adults project, A Framework for the Law as It Affects Older Adults: Advancing Substantive Equality for Older Persons through Law, Policy and Practice. The Framework portion of the Final Report is available as a separate document.

The Honourable Heather Forster Smith, Chief Justice of the Superior Court of Justice, expressed her congratulations to the LCO and The Honourable Justice Stephen T. Goudge of the Ontario Court of Appeal spoke on behalf of the Chief Justice of Ontario, The Honourable Warren K. Winkler. Other notable speakers included the Executive Director of the Advocacy Centre for the Elderly, Judith Wahl, and Gregory Shaw, the International Federation of Ageing’s Director of International and Corporate Relations, who spoke about the potential domestic and international impact of the Report, respectively. Mr. Shaw delivered the remarks of Dr. Jane Barratt, Secretary General of the IFA. 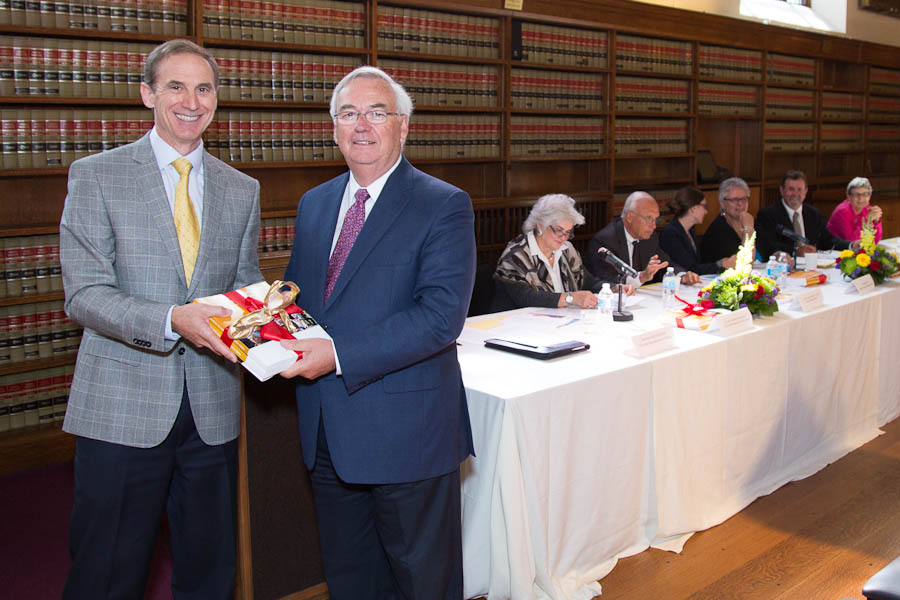 Larry Banack, Chair of the Board of Governors, presents the Report to the Attorney General of Ontario, The Honourable John Gerretsen.