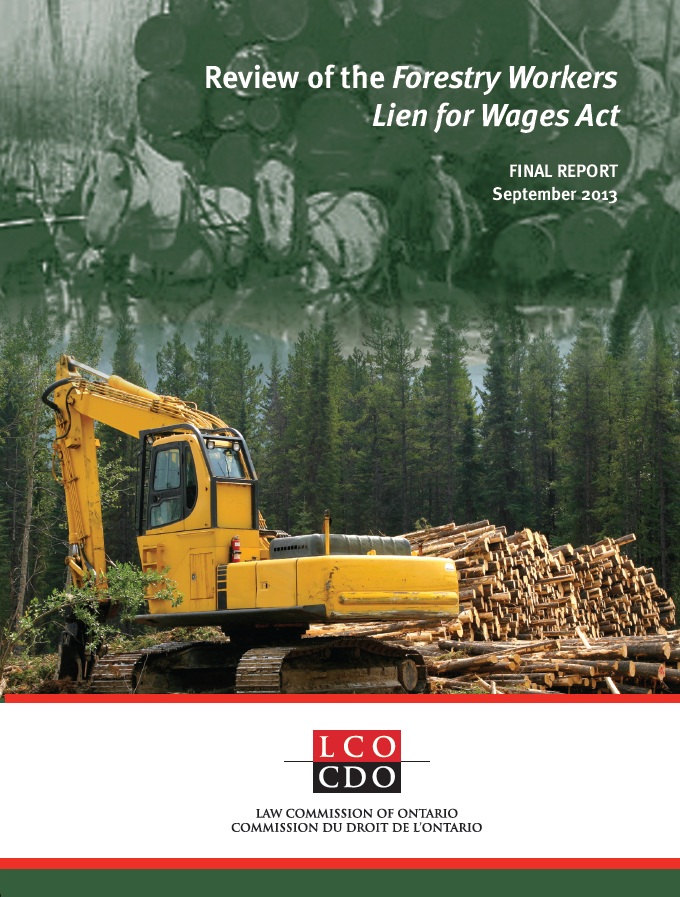 The Forestry Workers Lien for Wages Act (FWLWA or the Act) provides Ontario loggers with a lien over the logs or timber they work on for the amount owing to them for their work.    FWLWA was enacted in 1891 as a wage-recovery mechanism for logging employees working in the northern Ontario bush. After 122 years, it remains essentially in original form. Today very few liens are filed. However, several liens were filed in the 2009 Buchanan Forest Products Ltd. insolvency and, in a motion to interpret the Act, Madam Justice Pierce noted the difficulties caused by its archaic language and outdated procedures. This decision inspired the LCO to undertake a review of the Act with a view to updating it to reflect the changes to the industry. Over the course of the Project, we determined that not only the language of the Act was in issue, but also the continuing suitability of a forestry workers lien regime in the modern commercial and legal context.

How We Carried Out the Forestry Workers Lien for Wages Project

Document Released to the Public on November 27, 2013

The Final Report in the LCO project, Review of the Forestry Workers Lien for Wages Act.

What do We Recommend?

That the Government of Ontario repeal the Forestry Workers Lien for Wages Act.