As one aspect of its Fall 2011 Consultations, the LCO distributed a questionnaire to individual older adults. The questionnaire was designed to complement the other aspects of the consultation, including the focus groups and the Stakeholder Event, by gathering input from older adults across the province about their experiences with and perceptions of the law. Questionnaires were distributed to older adult networks throughout Ontario, including through the public libraries system and partnering organizations such as the Retired Teachers of Ontario, the Ontario Association of Residents’ Councils, Women’s Institutes, and others. The results were instrumental in developing the LCO’s Framework for the Law as it Affects Older Adults, and are reflected throughout the Final Report. This Appendix provides a brief overview of the results of the questionnaire.

A copy of the distributed questionnaire is appended to this document. It included a mix of scored questions and open-ended queries, focussing on three areas: principles to guide laws, programs and policies; understanding the circumstances of older adults; and enforcing rights.

In total, 292 questionnaires were completed and returned to the LCO. Some reflected the responses of multiple individuals. The following is a demographic break-down of the respondents.

Aboriginal identity: No respondents identified themselves as Aboriginal.

Urban/Rural Residence:     It was difficult to determine with accuracy the percentage of respondents living in urban or rural area. However, a review of the addresses provided by respondents indicated a broad distribution across the province. 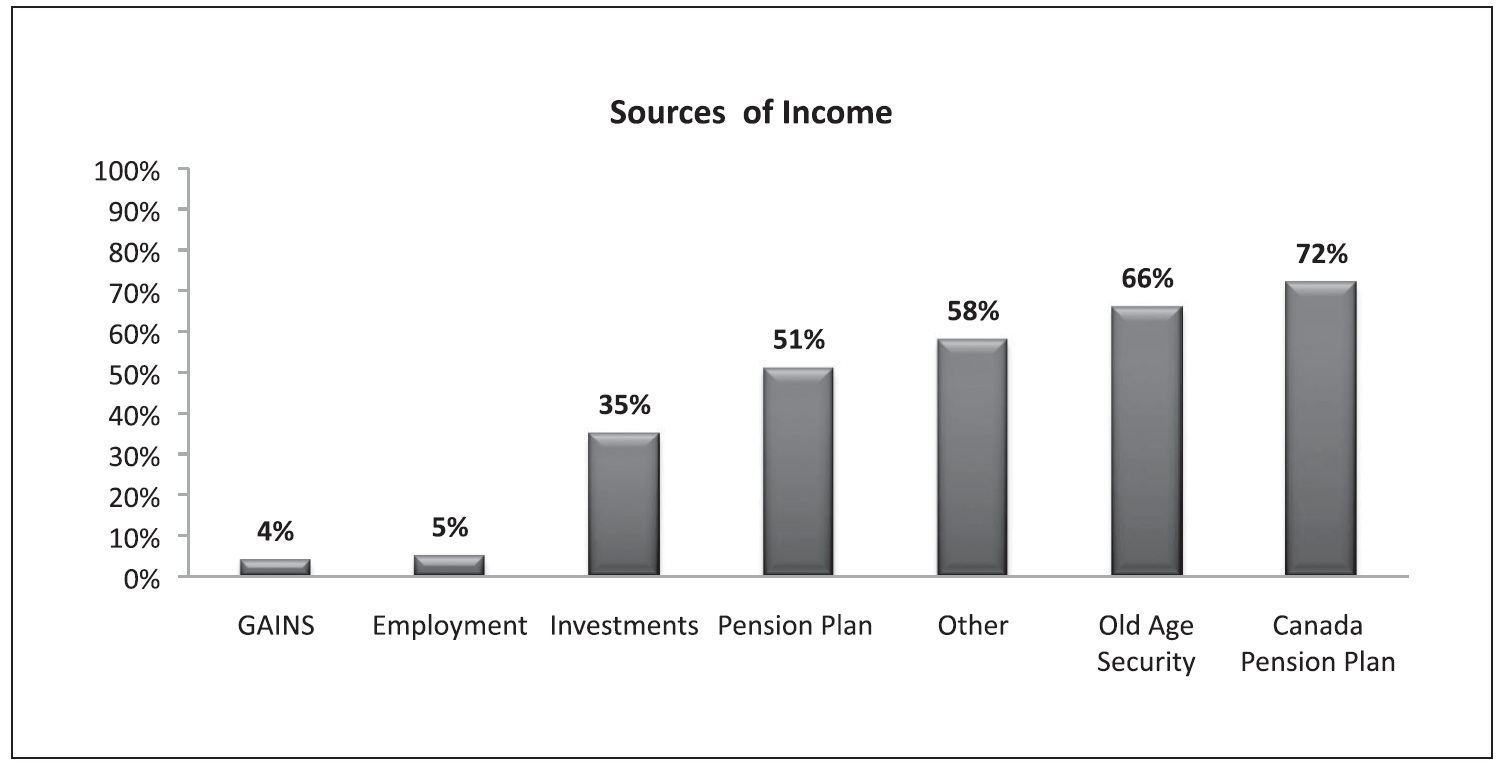 Of those participants who checked-off “other”, those sources of income came primarily from disability benefits, foreign country pensions, and financial assistance from family members.

Note:   The results of the questions regarding race and sexual orientation should be interpreted with caution as many respondents did not answer the question, and some indicated an objection to the question.

C.   Responses to the Questionnaire

My older age is viewed as a positive attribute by people that I encounter.

Of those participants who agreed with the above statement (58%), many gave reasons related to the experience and wisdom they have accumulated in their general lives, their professions, and their volunteer work. Many claimed that “older adults…are experts in their field” and that younger generations appreciate this “expertise”.

Of those participants who disagreed with the above statement (17%), the primary reasons related to experiences of discrimination, devaluation or disrespect based on age. The instances of discrimination adduced ranged from the requirement of more frequent drivers licence testing to employment discrimination, which was a frequent complaint. Many respondents complained of being laid off or denied employment due to their age. Respondents experienced such instances of devaluation as being overlooked or being belittled, usually during social interactions. For instance, one participant made the typical complaint that “I am overlooked, when there isn’t anything wrong with my brain.” Another noted, “I find it problematic when I see…people automatically addressing the younger person accompanying an older person.” Comments regarding disrespect emphasized the media’s portrayal of older adults as “silly, foolish people” rather than people of dignity and intellect. Others noted the over-emphasis on older adult’s social and medical needs, while “the independence and self sufficiency evinced in most of our lives is overlooked”. Many participants also commented on