Division of Pensions Upon Marriage Breakdown 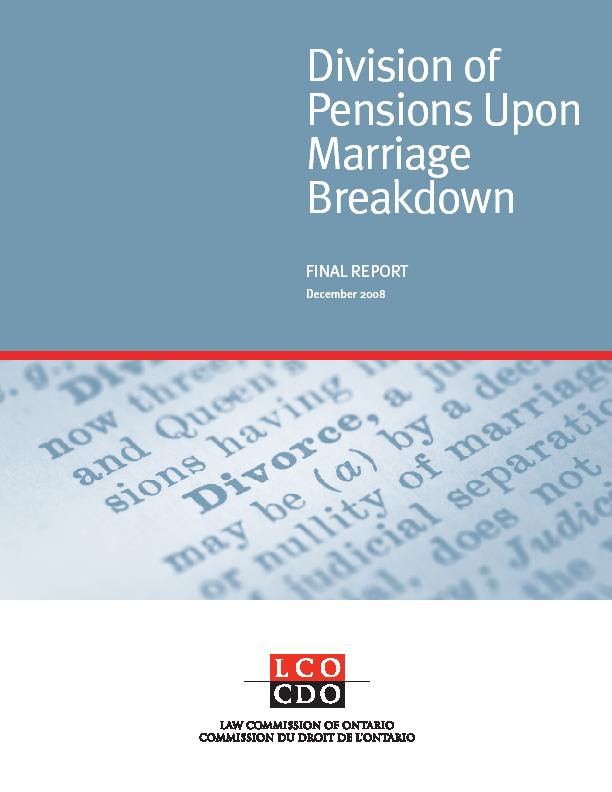 The Law Commission of Ontario (LCO) released its Final Report on the division of pensions on marriage breakdown on December 22, 2008 concluding work on a project that began in March of 2008.

The need for reform in this area was obvious and the LCO took the following steps:

Among the most important of the LCO recommendations is the establishment of the “Immediate Settlement Method” (ISM) as a means of dividing a pension to resolve family property issues on marriage breakdown. This requires the valuation of a pension at the date of a couple’s separation and a transfer out of the pension fund for the benefit of the spouse to whom an equalization amount is owed.

Other key recommendations include:

Bill 133, which received first reading in November of 2008, and which included amendments to Ontario’s Family Law Act and the Pensions Benefits Act relating to pension division, incorporates many recommendations from LCO’s report on the division of pensions on marriage breakdown. On May 7, 2009, the Legislative Assembly of Ontario enacted changes to how pensions are divided when couples separate and divorce, based in part on the recommendations in the Law Commission of Ontario’s Report on Division of Pensions Upon Marital Breakdown. The Family Statute Law Amendment Act, 2009, received Royal Assent on May 14, 2009. For a history of the proceedings and the legislation, click here.