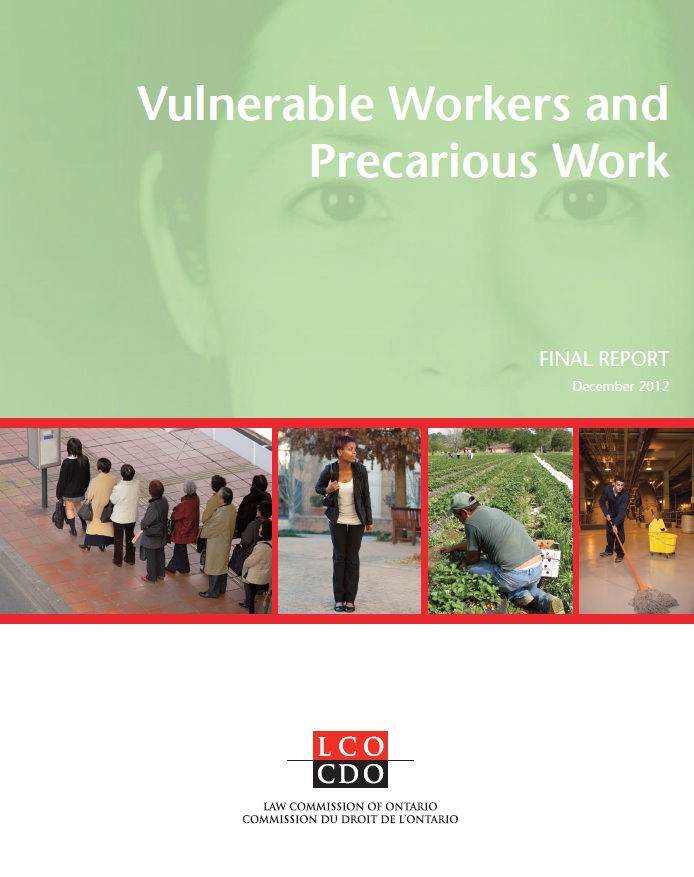 The nature of employment is evolving. The standard employment relationship characterized by full-time, secure employment, where the worker has access to good wages and benefits, is no longer the norm, to the extent it ever was. Increasingly, more precarious forms of work have arisen defined by low wages with few or no benefits, little job security and minimal control over work conditions. These workers are disproportionately women, racialized persons, immigrants, Aboriginal persons, persons with disabilities, older adults and youth.

These changes in the nature of work and the characteristics of the emerging class of vulnerable workers engaged in precarious work led to the LCO’s project on Vulnerable Workers and Precarious Work.

The objective of this project is to make recommendations designed to respond to the challenges faced by vulnerable workers to either reduce their vulnerability to, or the impacts of, precarious work. The Project focuses, in particular, on improvements to the statutory and policy framework of the Employment Standards Act and the Occupational Health and Safety Act in protecting these workers. However, it also reviews and makes recommendations about existing community and government supports and programs for workers, employers and for training and education, as well as the role of labour organizations.

What We Have Done

The LCO released the Vulnerable Workers and Precarious Work Final Report on April 3, 2013.

In April 2013, the LCO also released multi-lingual summaries of the Final Report.